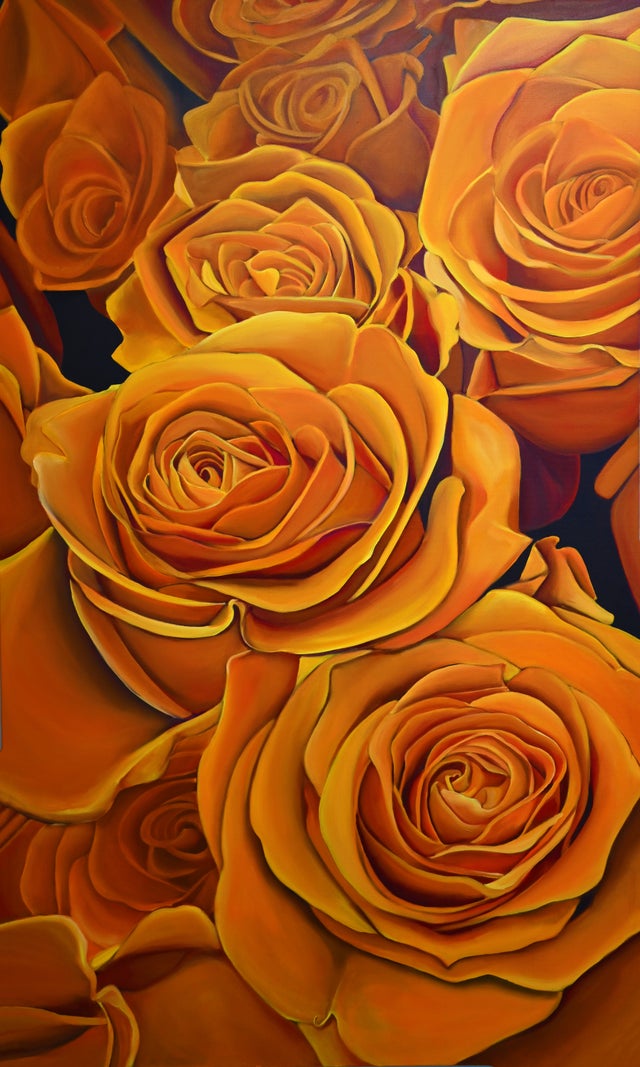 This painting, although seems to take on orange hues, are deep yellow roses. I created this painting of yellow roses in support of the 19th Amendment to the U.S Constitution, which was ratified on August 18, 1920 and gave women the right to vote. In Tennessee, on the day of the vote for the 19th Amendment, August 18, 1920, those that opposed the 19th amendment wore a red rose on their lapel, those in favor wore a yellow rose. The red roses barely outnumbered the yellow. The speaker of the Tennessee House called each of the state legislators to give their vote, it was a 48 to 48 tie, until the youngest member, Harry Burns, switched his vote to “yea”. When asked for the reason of his switch on voting he told them of the telegram he had received from his mother that urged him to do the right thing and vote in favor of the amendment.

The yellow rose has been an important symbol for women’s equality; the color yellow was chosen based on it being the color of light and life. In the women’s suffrage movement, the yellow rose became a symbol of support, and ultimately, a symbol of victory. “Forward into Light” represents the work and dedication that so many put into getting the 19th Amendment ratified.