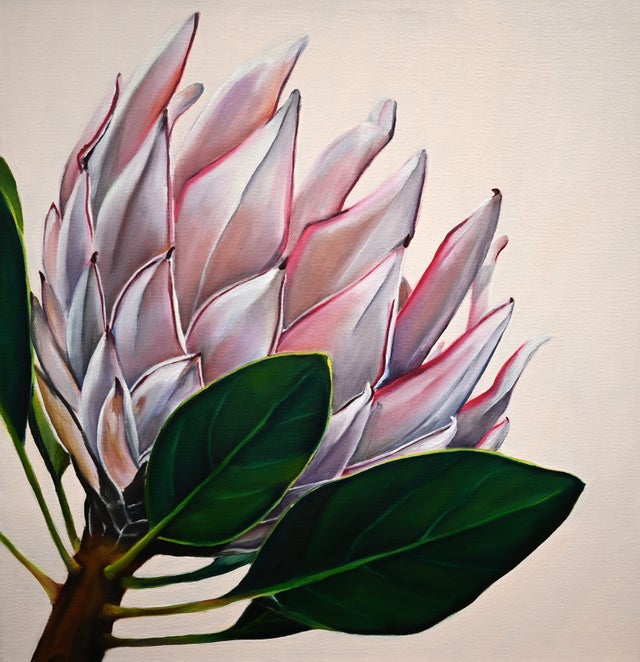 The Protea flowers are more commonly known as Sugarbushes where they are commonly grown in South Africa and Australia. Protea flowers are particularly interesting because they are part of an ancient family that dates back to the earliest forms of flowering plant life. They come in a wide variety of colors but don’t have much of a fragrance.

The protea gracefully regenerates itself after severe wildfires. Their seeds remain wrapped in a seed pod that prevents germination and it isn’t until a bush fire burns up the dried flower material, that they release their seed into the environment. This is how the Protea flowers became a symbol of survival and being able to handle the most challenging conditions. “Patience” was named because of the time the dried-up flower waits to reseed and bloom again, which is dependent on when the next wildfire happens.